On March 12 2013, the annual Fire Exercise took place at OFC premises. This year’s exercise theme was “Fire at Tank No 4 with 1 injured person” and the participants were AIA Fire Department, HCAA, AIA, AIA Police Depertment, and AIA EKAV as per the detailed scenario that was jointly elaborated by the above mentioned bodies and was written by AIA.

The exercise Scenario included an explosion followed by fire at Tank No 4 upon JET-A1 pipeline and simultaneous presence of an injured person as a result of the explosion in the tank farm leakage concentration basin.

A number of observers participated in the Exercise, at the end of which there was a short valuation discussion and the overall result was very satisfactory. 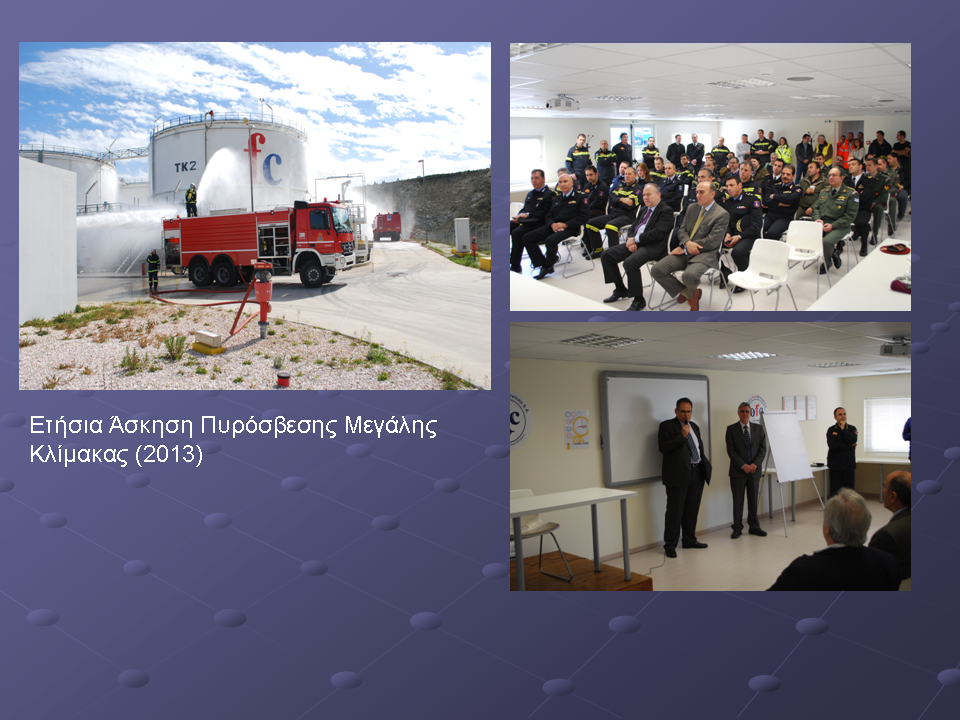 JIG Certificate of Excellence awarded to OFC for the Year 2016

As per the cover letter signed by JIG’s Technical Manage...

OFC actively participates in the Forum with two ...

TRAINING TO INSPECT TO JIG STANDARDS

JIG's Certificate of Excellence for OFC for 8th consecutive year

For a 8th consecutive year, OFC has merited an 'excellenc...

The bi-annual IATA Aviation Fuel Forum is the premie...

Students of the Vocational Schools of Dafni and  Gal...

In November OFC participated in the IATA Fuel Forum. The...

This year's IFQP Seminar was hosted at OFC's Training C...

IRAQI AIRWAYS participates in a 2-week Τraining Seminar in OFC

The IATA Aviation Fuel Forum is the premier industry m...

OFC awarded with the Certificate of Excellence by JIG

OFC Aviation Fuel Services SA, has been awarded by the Athens International Airport (AIA) Company, in 1998, for the design, financing, construction and operation of the receiving, storage and distribution via Hydrant Refueling System of aviation fuel facilities for a concession period of 23 years.